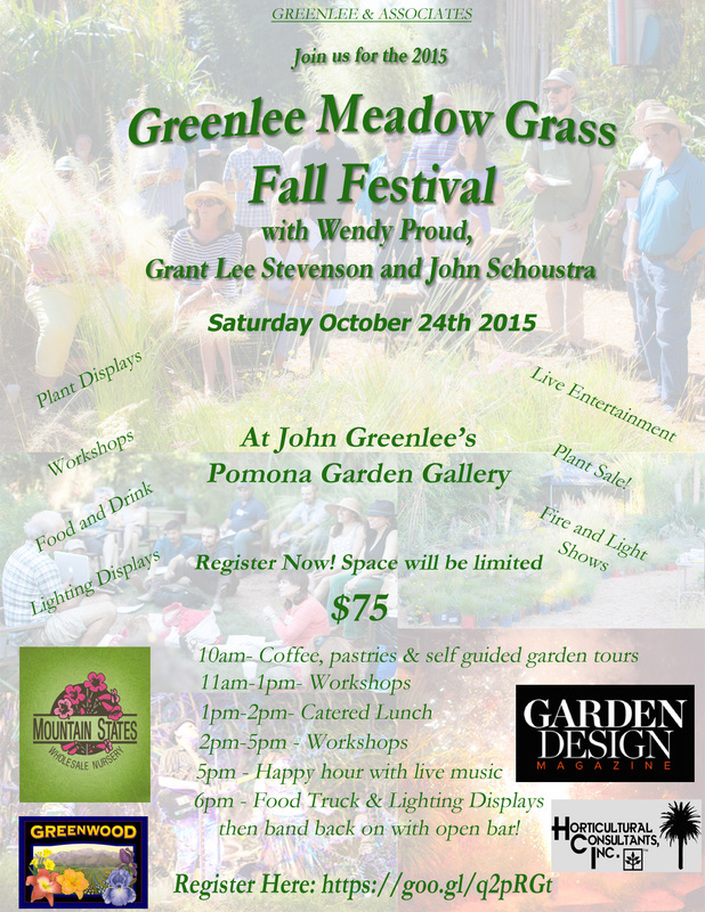 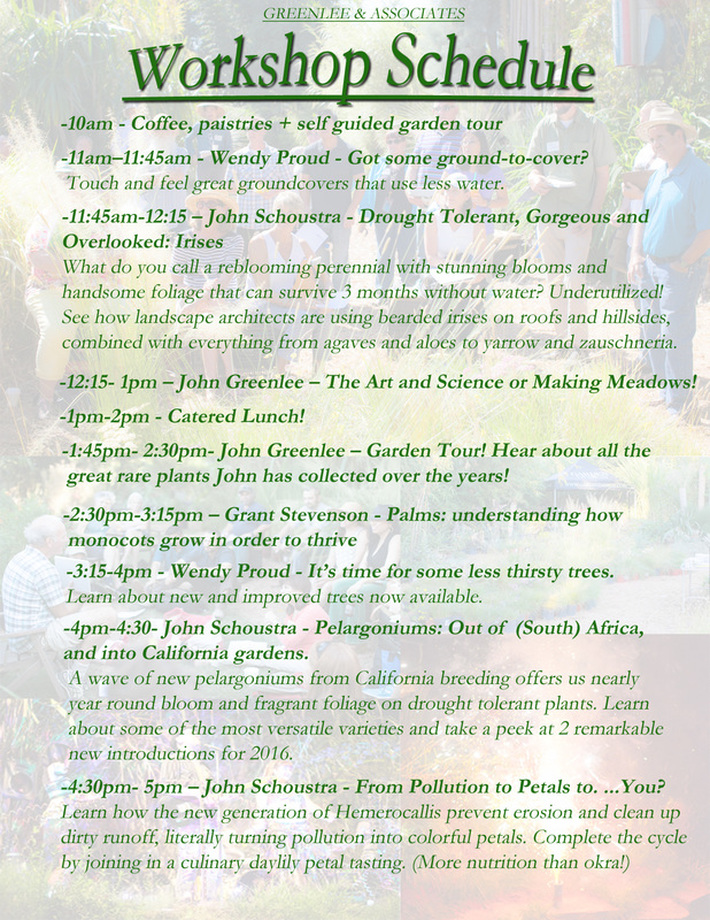 Email greenleeandassociates@gmail.com with any questions

Look for the bamboo! 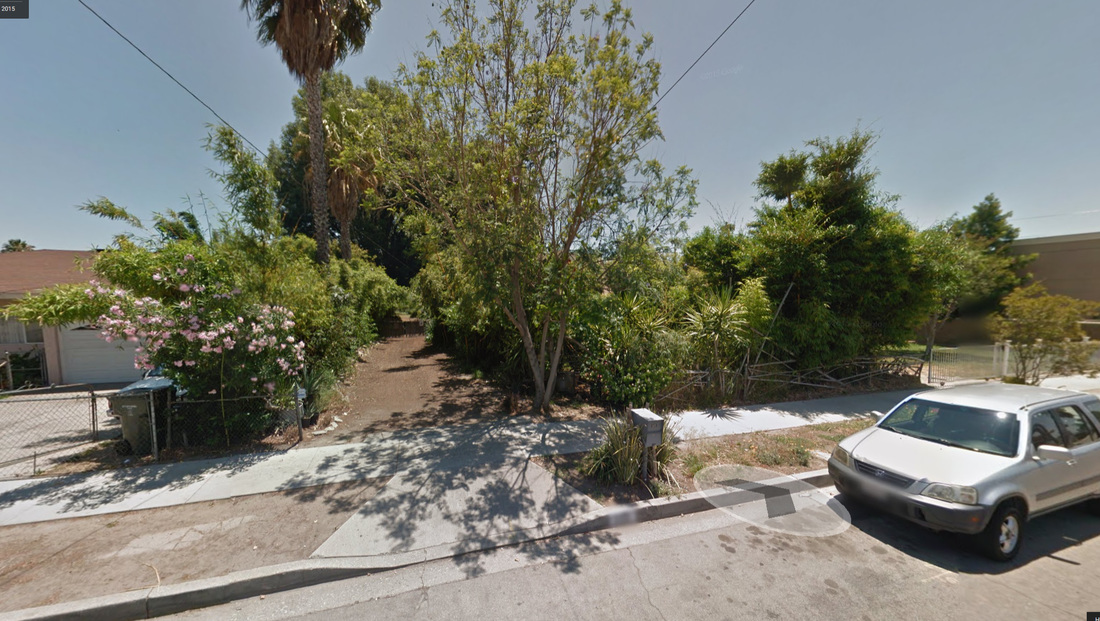 Comfort Inn Pomona
One block away! 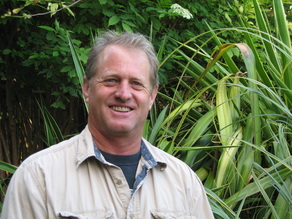 John Greenlee
Known as the “Grassman” in horticultural circles, John Greenlee is an internationally known horticulturist and landscape designer specializing in the cultivation and study of grasses and grass-like plants. He is the author of The Encyclopedia of Ornamental Grasses (Rodale, 1992) and The American Meadow Garden (Timber Press, 2009). As an expert in grass ecology and champion of sustainable design, Greenlee has made meadows throughout the United States and around the world, including the Getty Museum and the Norton Smith Museum in Los Angeles, the San Diego Zoo and Wild Animal Park, and the savannas at Walt Disney’s Animal Kingdom in Florida. He has designed meadows for private residencies including those of Michelle Pfeiffer, Tia Lionne, David Duchovny, Steven Spielberg, Ellen DeGeneres and Kathryn Bigelow. Through popular demand, Greenlee lectures throughout the U.S. and Canada on the use of natural lawns, native grasses and meadow restoration. 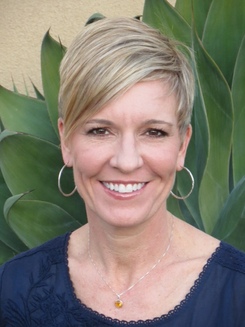 Wendy Proud
Wendy Proud was born and raised in southern California where she developed her passion for plants and gardening. At a very early age, she enjoyed exploring the family garden of unusual cacti and succulents, in addition to a large stand of avocado trees. She was captivated by the outdoors and getting dirty, helping her mom plant flowers and her dad on special projects, which typically included driving a tractor.
Today, Wendy is a career horticulturist with a degree from Cal Poly, Pomona with twenty-five years of sales and production experience in the retail and wholesale nursery business. Her career began at Nurseryland, which eventually lead to a sales position with Colorama Nursery specializing in perennial and annual bedding plants.  Following graduation from college, she worked with Monrovia Growers as an inside sales representative and later became a Grower in the production department.  While working as a Grower, Wendy managed every aspect of production for approximately 125 acres, 100 employees and 300 plant varieties.
Throughout her career, Wendy has provided numerous plant presentations and interviews to a wide variety of groups and organizations including Sunset Magazine, DIY Home & Garden Network, San Diego Home & Garden Magazine, Monrovia Growers Retail Plant Council, gardening clubs and nurseries. In addition, Wendy is a past president of the Los Angeles chapter of the California Association of Nurseries and Garden Centers, which provides scholarships to students pursuing careers in the horticulture field.
In late 2009, Wendy joined Mountain States Wholesale Nursery based in Phoenix, Arizona.  In her new role as California Sales Representative, she was instantly hooked on desert adapted plants and the desire to inspire others about the beauty and diversity of plants from the Southwest and other arid regions. 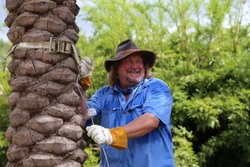 Grant Stephenson, a Texas Certified Nurseryman with over 28 years of experience in the industry, is a international recognized authority in the area of cold-hard palms, bamboo and cycads- particularly those that will thrive in the temperate climates.
In 1993, with a vision of assembling one of the largest collection of cold hardy species of palms, founded Horticultural Consultants INC. a whole sale nursery that has been supplying collector quality specimen plant material and offering expert horticultural consultation since 1991. Grants knowledge, passion and hard work flowered into HCI, now the preferred supplier of palms and other tropical plants to the nations most demanding landscape projects.
Grant has traveled to collect and acquire palms throughout the world and maintains active relationships with botanists, growers and plant enthusiasts across the country and overseas. Botanical gardens, estates, private collectors, zoos, amusement parks, landscape architects, developers, arboretums and top landscape contractors look to him for his expertise. He is continuously sought after to identify problems and solutions in the area of cold-hardy palms, bamboo and cycads.
John Schoustra 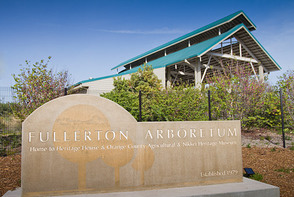